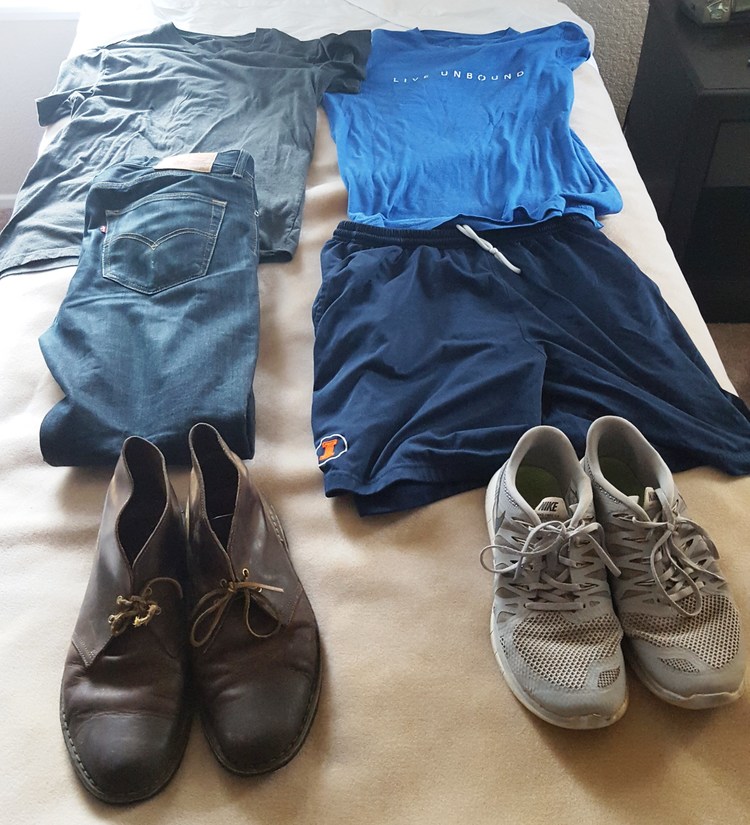 This past month, I embarked on a new challenge: live a clothing minimalistic lifestyle. This test left me with only two shirts, a pair of jeans, a pair of shorts and two pairs of shoes to wear for the entire month of September. Overall, this experiment was extremely insightful and provided a handful of interesting perspectives I will carry forward.

I MISSED EXPRESSING MYSELF THROUGH CLOTHING

Do you ever get a nagging feeling when packing? You know, that feeling that you may have forgotten something? Well, fear no more! When you only own four items of clothing, it’s quite easy to ensure that you are prepared for your upcoming trips.

YOU NEED MORE THAN ONE PAIR OF JEANS

Both of these things, degradation and lack of cleanliness, were major pain points for me during this month-long adventure. There was a certain level of stress associated with determining the next time that I could run a load of laundry or figuring out how to patch a hole in my jeans minutes before work. Not to mention the inconvenience of not having anything to wear on laundry day.

YOU CAN ALWAYS BE MORE MINIMALISTIC

Minimalism has momentum. When you apply it in one aspect of your life, it permeates into others. I observed this wholeheartedly in regards to my book collection. Prior to this month, I had always chosen to purchase a hard copy of a book as opposed to an eBook. I enjoy having the physical copy in my hands.

This essay was originally published in October, 2015 on BeOpposite.com.